The Governors of Exeter

This "Historically Speaking" column appeared in the Exeter News-Letter on Friday, January 4, 2013.

With the inauguration of Maggie Hassan, Exeter can now claim to have four governors from the town. It’s not the most governors from a single town in New Hampshire, but it is an impressive record. New Hampshire and Vermont are the only states that still have a two-year term for governors, and for the first 100 years New Hampshire held a gubernatorial election once a year, so there’s a fairly large pool of governors in our state. Since 1776, New Hampshire has had 81 governors while neighboring states Connecticut and Massachusetts have had 68 and 65 respectively. 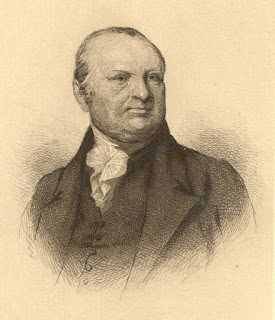 The first governor elected from Exeter was John Taylor Gilman. He holds the distinction of being the only Exeter governor who was born and raised here. From a notable family, Gilman was born in 1753 and was a youthful 21 when hostilities broke out at Lexington and Concord in 1775. He quickly mustered together a militia and headed to Cambridge to support the Massachusetts minutemen in case the hostilities spread. None did, so Gilman returned to Exeter. The remainder of his participation in the Revolution was as a civilian. Gilman’s father, Col. Nicholas Gilman, was elected to the post of state treasurer. Working out of the family home on Water Street (now the Ladd-Gilman House – home of the American Independence Museum), Nicholas Gilman depended on his son to assist him with the complex financial work.

When the Declaration of Independence arrived from Philadelphia on July 16, 1776, it was John Taylor Gilman who read the document to the collected townsfolk. The copy he read from was one of the famed Dunlap Broadsides – perhaps the one later found in the attic of the Ladd-Gilman house.

After the war, John Taylor Gilman became the state treasurer at the death of his father in 1783. He retained the job until 1792. In 1794, he was elected governor and would be elected 14 more times before his retirement in 1816. He served an unprecedented 11 straight years – the longest run in New Hampshire history. John Lynch holds second place with a mere 8 years, and he only had to stand for four elections. 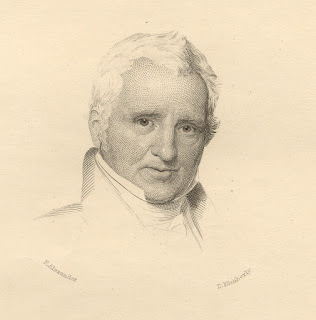 Jeremiah Smith became Exeter’s second governor in 1809. Originally from Peterborough, Smith was more of a lawyer and jurist than politician. Smith had served during the Revolutionary War and found his legal studies were interrupted due to military problems around Harvard College, where he was attending school. He finished his studies at Queens College (now Rutgers) in New Jersey. He read law in Peterborough after the war and quickly rose in his profession. Moving to Exeter in the 1790s, he served in the state legislature and was appointed US Attorney for New Hampshire and worked as a probate judge. He would serve as Chief Justice of the NH Supreme Judicial Court from 1802 until 1809.

Just before finishing his term with the NH Supreme Court, Smith purchased a mansion on Park Street overlooking the old militia grounds, which now serve as the Park Street commons – home to Rec Department baseball games and the public skating rink. The house has changed hands many times and was moved just up the road many years back, but it still stands.

Smith served just one year as governor before returning to his chosen profession of judge and lawyer. His first wife and a son and daughter died within a three year time span in his later years. Many wondered if he would recover from such a blow, but a late in life marriage and the birth of his son, Jeremiah Smith Jr., when he was 80 years old seemed to bring him back to his old equilibrium. He moved, in his last year, to his wife’s hometown of Dover, where he died in 1842. Like John Taylor Gilman, he was buried in the Winter Street Cemetery. 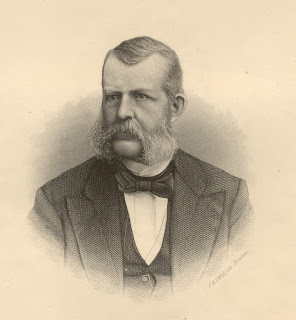 Charles Bell, elected in 1881, served as governor for two years. Born in Chester, Bell, like Smith, viewed himself as a lawyer. His father, John Bell, had been governor when Charles was a boy. Bell served in both the New Hampshire House of Representatives and Senate, serving for a year as Speaker of the House.

At the time of his retirement, he decided to spend his time writing history. Turning first to his adopted town of Exeter, he wrote a history of Phillips Exeter Academy, which he had attended while preparing for Harvard. He also wrote about Exeter’s involvement in the Revolution, Exeter’s Wheelwright Deed and a history of the New Hampshire Bench and Bar. His magnum opus, though, has to be his broad “History of Exeter, New Hampshire,” which encompasses the history of the town from 1638 to 1888. This book has proved invaluable to researchers and is used nearly daily at the Exeter Historical Society.

Maggie Hassan now brings the town’s total to four governors. We would do well to remember this when encountering our fellow townspeople. Any one of the children skating on the rink at Park Street, within view of Governor Jeremiah Smith’s house, might one day be standing in the statehouse in Concord swearing to uphold the constitution of the State of New Hampshire.
Email Post