Historian Tweets about Civil War to Bring Back Era 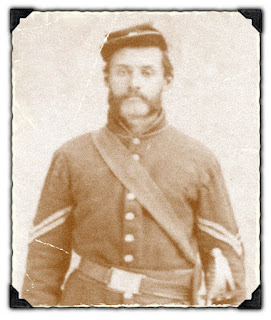 A new Twitter feed commemorates the 150th anniversary of the Civil War by tweeting recorded letters from the period
from Salon.com
by Tom Breen, Associated Press

Two months before the start of the Civil War, a North Carolina belle named Catherine Ann Devereux Edmondston tapped out a frustrated message about her secession-opposing sibling in a tweet to her followers: "Sister Frances is a terrible Unionist!"

She might have tweeted, that is, if Twitter had existed in 1861. Instead, Edmondston and other long-dead North Carolinians from a bygone era are having their social networking done for them posthumously. A Raleigh-based historian is using the popular service to bring the home front of a war to modern day audiences nearly a century and a half later.

"We're not imposing any of our words. This is purely from men, women, and even teenagers who stayed at home and fought the war in their own ways," said LeRae Umfleet, the historian who manages the collections at the North Carolina Department of Cultural Resources.

Since last week, Umfleet has been tweeting from the account @CivilianWartime with the words of an escaped slave, a woman whose husband owned a plantation and others. The tweets are moving roughly in chronological order along with the war, meaning that so far the messages mostly express the foreboding and uncertainty of people in North Carolina as they watched war clouds build.

"I have just seen the President's message," Umfleet tweeted in the March 11, 1861 words of Mary Bethell. "Mr. Lincoln, I think he intends to coerce those seceding States."

The Twitter account is part of the ongoing effort of the cultural resources department's ongoing effort to mark the 150th anniversary of the bloodiest conflict in American history. It seeks to highlight the experiences of those who remained at home while others went off to war -- a conflict ever more dire as the battles drag on.

"By the end of the war, we will have seen conflict on North Carolina soil, and we'll have heard from people with firsthand knowledge of that," Umfleet said.