The Principal Women of the Robinson Female Seminary

This "Historically Speaking" column was published in the Exeter News-Letter on Friday, February 14, 2020.

For 88 years, from 1867 until 1955, Exeter had separate high schools for boys and girls. William Robinson’s bequest arrived at a time when ‘female’ academies were a visionary idea in the field of women’s education. During all the years of the Seminary’s existence, it was led by women for only fourteen years.

When the Robinson Female Seminary first opened, in the old town house on Court Street while the new school was being built on Lincoln Street, it was organized and headed by Abbie Worcester. Worcester was an experienced teacher from Hollis, New Hampshire. Educated at Kimball Union Academy, she taught school in Massachusetts before formally attending the Framingham Normal School. The Robinson Trustees agreed to pay her $800 per year to get the school organized and the curriculum set. For two years she labored away while the town built the new school building. When it was ready for dedication in the fall of 1869, the running of the school was turned over to Principal Eben Stearns, who’d been hired at $3000 per year with the use of the new principal’s house on Front Street. In consideration of her hard work, Worcester was offered a position as ‘assistant teacher’ and, along with the demotion, her salary was increased to $1000. She stayed just long enough to get things settled, resigning with her assistant Olive Fairbanks in October. Her teaching career ended, she moved back to Hollis. 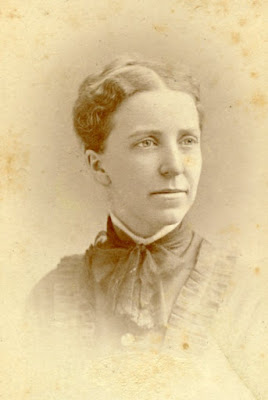 Eben Stearns served as principal until 1875, when he was offered a position in Tennessee. The Trustees reported, “Miss Harriet E. Paine was immediately promoted to the head of the institution.” She served as principal and was later listed as such by the RFS Alumnae Association, but the trustee records do not grant her that title. They did, however, have confidence in her ability. “Miss Paine having taught in the Seminary, with marked success, was conversant with all its details. She is a lady of quiet and refined demeanor, of good judgement and quick decision, and the Trustees have many words of praise to offer for her untiring devotion to all the duties of the situation. They feel that the Seminary never came nearer reaching the high mark expected of it by its Founder, than since under her charge.” Paine eliminated rote memorization from the student’s work – something that was probably quite welcome. She increased language studies to include Latin, French and German and encouraged the trustees to hire Phillips Exeter Academy professors to teach some of these new courses. She was not, however, offered the use of the principal’s house. Apparently, it was unheard of to allow a 30-year-old single woman to live in a house alone. Paine was from Groveland, Massachusetts, a graduate of Wheaton Seminary. She remained the head of Robinson Seminary until 1878, when she abruptly resigned – effective immediately – in May. The reason for her departure is unknown, although it may have been that she was needed by her family. After returning home, she turned to writing, using the pen name “Eliza Chester.” She published numerous books including, Girls and Women, The Life of Eliza Baylies Wheaton, The Unmarried Woman, and Bird Songs of New England. 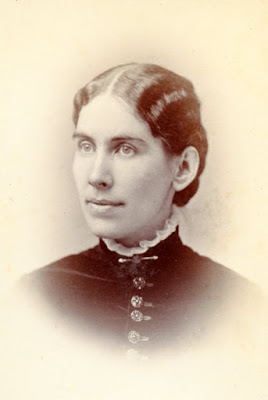 With no time to interview for the position, the Trustees again hired in-house, promoting Annie Kilham to head the school. Kilham, from Beverly, Massachusetts, had ties to Exeter through her mother, Susan Coffin Chadwick Kilham. Like Paine, Kilham was a graduate of Wheaton Seminary. Also, like Paine, we have no record of where she lived while teaching in Exeter. Just 27 years-old when she took the reins, Kilham served in the position for five years, before returning to Wheaton to teach. She taught Latin, English, German, Mathematics, Natural Philosophy and Astronomy. Kilham Hall, on the Wheaton College campus, is named in her honor.

After accepting Miss Kilham’s resignation, the Board of Trustees turned to hiring a new principal. In the minutes of the June 30th, 1883 meeting they, “voted that it is the opinion of the trustees that a male principal be procured, if a satisfactory person can be had at a salary not exceeding two thousand dollars and the use of the home belonging to the Seminary.” They clarified in the town report, “The Trustees realizing that the duties of the Principal were too arduous to be imposed upon a lady, decided to place a gentleman at the head of the school. Accordingly, Mr. George N. Cross, of the Manning High School, Ipswich, Mass., was appointed Principal and entered upon the duties of his office in September.” Cross, naturally, moved into the principal’s house and had a long 22-year career at Robinson Seminary.

It appears the Seminary was destined to only have men serve as principal from then on. George Cross was followed by Harlan Bisbee, who was himself followed by James Pirnie. Pirnie shepherded the school through its merger with Tuck School in 1955. But we can list one more woman who stepped into the principal’s role. During World War II, when Mr. Pirnie went to war, Bessie Jaques – the unflappable English teacher, served as “Acting Principal.” Hailing from Berwick, Maine, she graduated from Berwick Academy and Radcliff College. Jaques was a formidable figure to the girls, having joined the teaching staff in 1906. As soon as the war ended, Jaques relinquished her temporary position and returned to teaching. She remained at the school until her retirement in 1952.

The four women who headed the Robinson Female Seminary were not shrinking violets. Capable and well-educated they were all up to the task in spite of the restrictions placed on them.

Images: Harriet Paine and Annie Kilham were two of the four women who served as principals of the Robinson Female Seminary. The Trustees preferred to hire men.
Email Post