This "Historically Speaking" column was published in the Exeter News-Letter on Friday, August 1, 2014. 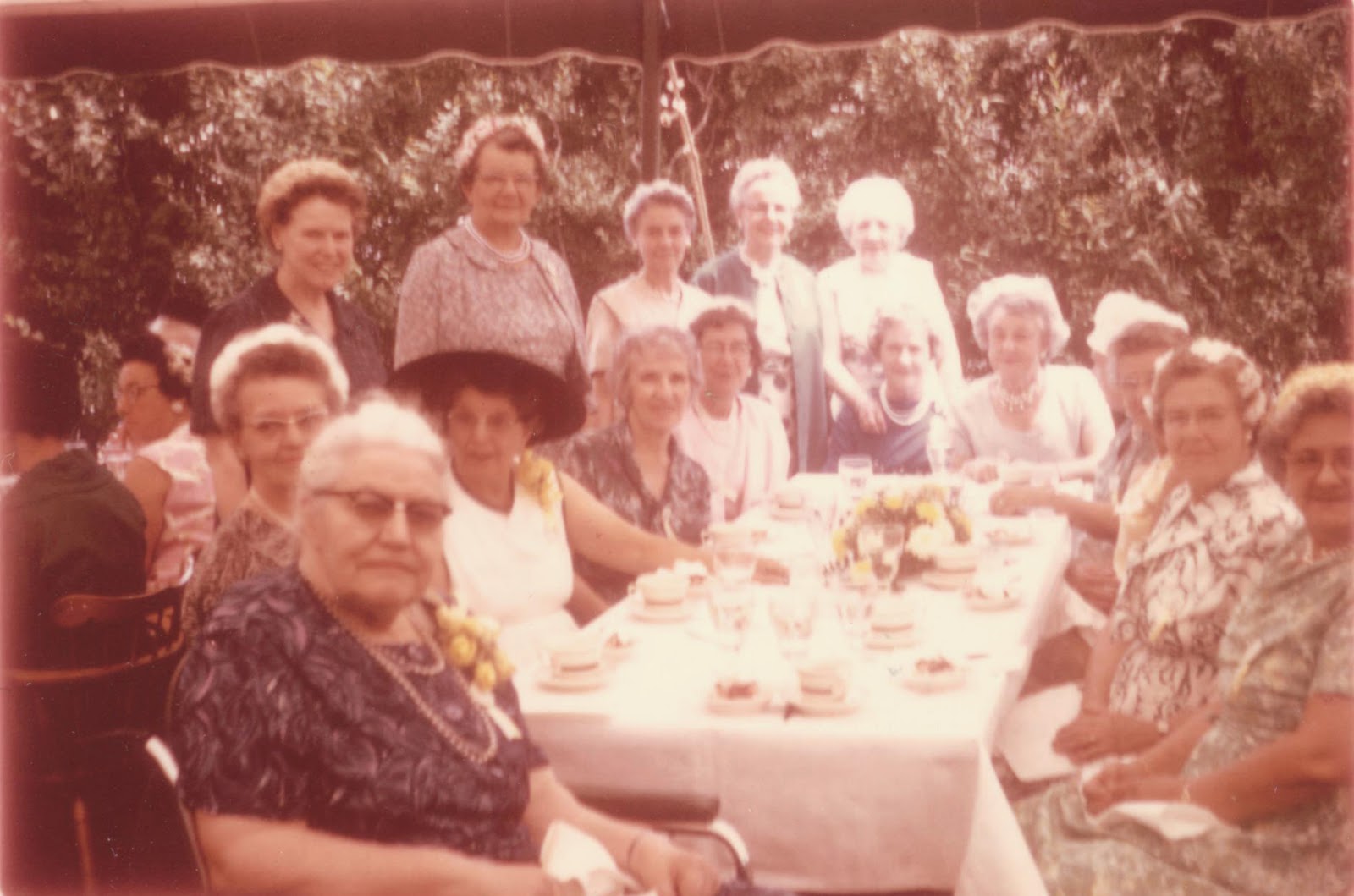 On August 9th, a group of about fifty women will get together for lunch in Exeter to reminisce about a school that has been closed for nearly sixty years. The 124th annual meeting of the Robinson Female Seminary Alumnae Association has plenty to talk about. Memories of the school have not dimmed since the last class graduated in 1955.

The first class graduated in 1870, and the first Alumnae event appears to have taken place shortly thereafter. By 1890, when the Robinson Seminary Alumnae Association wrote their constitution, members were already celebrating the third “Quinquennial,” or an event held every five years. From the onset, the women of Robinson realized that their school was unique.

Created in 1867 from funds donated to the Town of Exeter by William Robinson, the all-girls school was an unusual academic institute in an era when most girls attended finishing school. Robinson, who was born in Exeter, earned his fortune in the cotton business in Georgia. His thoughts on education for women were included in the will, “In my poor opinion there is altogether too much partaking of the fancy in the education that females obtain, and I would most respectfully suggest such a course of instruction as will tend to make female scholars equal to all the practical duties of life; such a course of education as will enable them to compete, and successfully too, with their brothers throughout the world, when they have to take their part in the actual of life.”

Robinson’s mother had been widowed at an early age, and it may have been her struggle to support the family that inspired him to donate funds to the town. Whatever his motivations may have been, William Robinson’s bequest made Exeter’s public high school system quite different from most towns’.

At the 1890 meeting of the Robinson Alumnae, they decided to create a typical organizational structure – a constitution was written and officers were elected. The purpose of the group, as stated in the constitution, was to “encourage social intercourse among its members, and to promote interest in the Seminary.” Today we often look down on ‘social’ clubs, as though they have no real purpose except gossip. But what among our current circles are not, at the core, social groups? We may meet with a great purpose – to raise funds, promote scholarship, provide service or raise awareness – but it wouldn’t be the same if we didn’t actually hold meetings and chat. If anything, we sometimes decry the lack of pure socialization in our lives now that we have so much computer based ‘interaction.’ Perhaps the Robinson ladies were on to something.

Meetings of the membership were held annually and a more lavish event would be held every five years, on the Quinquennial – a phrase that needs resurrecting along with pure social clubs. In 1895, the Quinquennial Reunion was held in the gymnasium of the Seminary with one hundred twenty-five members in attendance. There is no mention in the minutes of guests, so it appears that spouses were not part of the event. The ladies ate well – seven courses and coffee were served to the hungry crowd. Each course had a variety of options, the ‘cold meats’ course alone had four options, two of which, Dressed Cucumbers and Dressed Tomatoes weren’t even meat. Considering how much we fuss over food restrictions today, we might want to duplicate a festive luncheon such as this one. No one would have gone home hungry when the options include a variety as wide as roast turkey, cold tongue, cold ham, lobster salad, chicken croquettes and hot mashed potatoes. Heck, I would have gone just for the cakes: white mountain, macaroons, sponge drops, fancy cakes and kisses. Sign me up.

After luncheon, there were several welcoming speeches and a series of toasts, which were a tradition with the group. They toasted the school, the town of Exeter, the “old teachers,” who probably appreciated being referred to in that way, the Alumnae and the faculty. All these presumably with lemonade, because Exeter was a dry town at the time. There was an address, given by Miss Mabel S. Emery, class of 1876, on “What shall a woman do with her education?” followed by an ode to Phillips Exeter Academy by Miss Blanche J. Conner. The Robinson Seminary ladies felt a close bond of friendship to PEA, due to William Robinson’s association with the school. This left the beleaguered Tuck High School boys feeling somewhat left out, no doubt.

Over the years, the Robinson Seminary Alumnae Association has continued to meet. Dues collection at meetings was mandatory until recently and the funds raised were used for many purposes including scholarships. In 2003, Lincoln Street School, which stands on the Seminary grounds, was expanding the playground and the teachers felt the Seminary needed a better memorial .The Alumnae Association raised funds by selling commemorative paving bricks. The resultant memorial garden, now beautifully maintained by the Exeter Parks and Recreation Department, is a fitting reminder of the graduates of the elegant school. Visiting the site, you almost feel the need to wear white gloves and a breezy summer hat. If you find yourself passing through – maybe on the way to a ball game – take a moment to toast the ladies of the Robinson Female Seminary. They’ll be meeting next week to carry on the tradition.

Image: The ladies of the Robinson Seminary Alumnae Association gather for the 1965 Quinquennial Reunion under the tent at the Exeter Inn.
Email Post